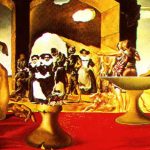 While the underlying theory of cognitive behavioral management is related to social learning theory, there are many theoretical constructs which concern us in delineating a full understanding of how it is used. While it is relatively easy to suggest that thought controls behavior, meaning of course, that if you believe that you are superman, you will try to fly, this simple construct is not easy. It requires much more, because in many senses it is self reflective. Not only do we need to help people with problems in living learn to attend to their internal dialogue as a means to making choices about change, but we must understand that as theorists and clinicians, we must also attend and make choices. The simple becomes difficult when we attempt to break through our own belief systems and deal with the dichotomies of our own internal realities and those of a broader world perspective. In order to help you examine these issues we include short papers on a a variety of subjects. 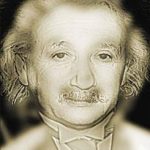 Managing people in an organization has a certain congruence with managing people with problems in living. In both cases, there is a requirement to get the personal preferences of the individuals involved compatible with a specific, defined set of assumptions which the manager believes will be beneficial to both the individual and the organization or society. And in both cases, the critical assumption underlying the need for change is that the learning environment [culture] has somehow created and maintained thoughts that are now considered to be incompatible with the desired culture. When managing educational, clinical, protective or correctional programs, a manager will need to overcome the resistance of many in the client population and in the staff. While staff people tend to be caring, they have blind spots when they believe clients are somehow personally disrespecting them. Management needs to define a goal and get everyone pulling in the same direction.

It is sometime difficult to define what is a program, a protocol, a technique and/or a procedure, since they are nested like Slavic dolls. Technically, we would call an overall strategy for change a program that would include a series of differing protocols to change different issues. A protocol would be defined as a sequencing of specific techniques designed to meet specific identified change targets. Each technique might then include a series of procedures that need to be carried out in order to complete the technique. What happens in real life is that it depends!  As you deal with issues, the various components continue to be used, nestled within each other, but the perspective changes. Thus a technique might be viewed as the program or protocol to evoke change. From this perspective, the components listed below are subject to personal interpretation as to placement. For an overview of these components see the Resource Menu on the Books page. Below you will find specific protocols to target specific problems in living. 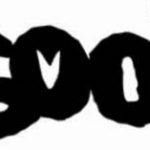 Games have a particular quality in the lives of human beings. Gregory Bateson in his book Mind & Nature: A Necessary Unity points out that “What is characteristic of ‘play’ is that this is a name for contexts in which the constituent acts have a different sort of relevance and organization from that which they would have had in non-play. It may even be that the essence of play lies in a partial denial of the meaning that the actions would have had in other situations.” He suggest that play is a concept of a class that is commonly misunderstood by wrong attribution of logical typing. Because of these unusual qualities playing games can have significant impact on the qualities that cause problems in livings.

Just as play has its difference in relevance, so too, does participation in groups. There is a difference between the interplay between a helper and a client and the interplay among the people in a group. Sometimes the group is helpful, sometime not; it depends on the group and the skill of the leader. Leaders of helping groups must have some skill in using the dynamics of the group to help each individual in the group. However, you will probably find the content and context of the materials very similar to the individual techniques.