Overview of the industry

Human services is increasingly concerned with training. The Children and Adolescent Service Support System [CASSP] Institute, The Children, Youth & Families [CY&F] Institute, the Juvenile Justice Institute and Act 148 for educators are some of the organized ways of providing training to a ‘revolving door’ staff in this age of staff turnover at the direct service positions. Why, then, do we need another entry? The simple answer is because of the failed technologies. Both the training technology and the service delivery technology being provided for use in human services are suspect. 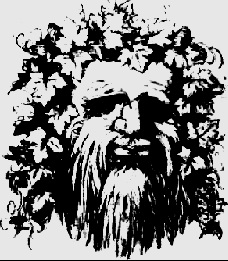 The state of the present direct service intervention technology is chaos. Despite careful analysis on many levels that indicates that the biomedical, command and control technology in use today is not only unhelpful, but is actually destructive; we continue to see its dominance in the market place. Powerful stakeholders, most importantly psychiatrist and pharmaceutical companies, although to a lesser extent all of the professional guilds, continue to control the industry. Having psychiatrist as legally responsible for all ‘mental health’ programs contaminates the best of intentions. ‘Common knowledge’ is based on a psychotherapeutic notion that most problems in living are caused by a ‘pathology’ that happens at the moment to be a chemical imbalance. People who suffer with these pathologies are ‘victims’ who are unable to control their own behavior. [Notice the similarity to the ‘demonic possession’ effect.] The lack of personal responsibility introduced by this ‘victim’ status has lead to substantial evil in the broader social system. These notions have led to a generation of citizens who take little responsibility for their own behavior, feel ‘victimized’ by any hardship, place more importance on ‘feeling good’ than doing good, and blame others, often with violent reprisals for their lot in life.

By emphasizing how a child feels, at the expense of what the child does – mastery, persistence, overcoming frustration and boredom, and meeting challenges – parents and teachers are making this generation of children more vulnerable to depression. Seligman

Because the impact of psychotherapy and its related biomedical technologies has been so ineffective [destructive?] over such long periods of time, it has resulted in the development of special ‘police’ [psychiatrists] and ‘weapons’ [drugs] to control aberrant behavior.

Outcome studies show little value in the service approaches presently being used. One of the leading critics H.J. Eysenck, states it this way:

Numerous studies since the 1950s have in essence failed to disconfirm the view that various forms of psychotherapy do not show greater effectiveness than spontaneous remission or placebo treatment.

Personal responsibility is not an issue, since the ‘illness’ controls the behavior. In fact, because personal responsibility is not an issue, the legal system has accepted a plea of ‘innocent’ by reason of insanity; as opposed to ‘guilty’, but insane [irrational]. Further, built upon this presumption of irresistible impulses, the Constitutional protection of incarceration without cause demonstrated through due process is abrogated in ‘involuntary’ commitments, which take place through the police action of psychiatrist, and are done for the person’s ‘own good’.

The psychiatrist is now in a position of determining exactly who should be incarcerated, when and for how long, based upon a social judgement. Drugs have been extremely effective in ‘controlling’ the behaviors that are disturbing to other people, but have little value to the people taking them. In fact, they are so toxic, that they create considerable harm. Combined with the anger at being coerced ‘for their own good’, and the feelings of ‘victimization’, many survive the ‘system’ only by striking out.

The most unfortunate aspect of this ill-advised adventure is that the mental construct of ‘pathology’ has become the basis for all relationships with people with problems in living. This ‘state of the art’ is sad indeed. We are seeing increasing depression, suicide, and intensity of violence, substance abuse and other problems in living that reflect the victim attitudes promulgated by the construct of ‘mental illness’ and related ‘junk science’. The existent training institutions continue to support this paradigm, and although almost everyone recognizes the failure, they find it hard to think about different approaches. Thus we have an environment of ‘seekers’ in the institutional system, who are unable to find their own way. The ICBM offers a new way of doing business. Its technological approaches are particularly simple to understand and can be incorporated into the direct practice though the entry-level staff, creating revolution from below.

As a cadre of ‘new staff’ are able to demonstrate effective impact on the people they serve, the traditional ‘experts’ will become more and more isolated – unable to even understand what is happening. As parents are trained in the basics, they will more and more demand staff with this expertise, generating new pressure to use the ICBM. Further as young people seek ways into the traditional hierarchy, they will find the path of most influence in the new technology.

The purpose of the ICBM is to bring into common usage a technology that places personal responsibility back into the hands of the individual, does not promote coercion, and has a scientific basis for consideration. The intent is to change the paradigm of human services both within the general population and within the practitioners. Unlike the common over usage of the word paradigm to mean something as negligible as perspective or attitude, a paradigm according to its linguistic originator [Kuhn – 1952] and reported by Eysenck – [1994] consists of a disciplinary matrix, acquired implicitly through the educational process, whereby one becomes a licensed practitioner of the scientific discipline. In the course of this learning process the student encounters numerous exemplars; these are instances exemplifying the ways the science’s symbolic generalizations [the so-called laws or theories] apply to phenomena. Thus, a paradigm becomes a way of thinking about something that makes it very difficult to even understand other ways of looking at the problem.

Kuhn calls this phenomenon ‘the incommensurability of competing paradigms’.

Since new paradigms are born from old ones, they ordinarily incorporate much of the vocabulary and apparatus, both conceptual and manipulative, that the traditional paradigm had previously employed. But they seldom employ these borrowed elements in quite the traditional way. Within the new paradigm, old terms, concepts and experiments fall into new relationships with the other.

Communication across the revolutionary divide is inevitably partial and therefore, not persuasive. Thus, it is unlikely that the ‘experts’ in the old methods of providing services to people with problems in living can even understand the training concepts.

In order to change the paradigm of human services across the community, it will be necessary to have a broad based approach. As Aristotle said, consensus osmium – What everyone believes is true. If we want everyone to believe that cognitive behavior techniques are the true way to help our children achieve success in living, we will need to develop a disciplinary matrix and exemplars that become common to citizens.

Vision: The Institute for Cognitive Behavior ManagementSM will become a program sought by lay people and professionals as a means of becoming certified in ‘cutting edge’ technologies.

Mission: The mission of the ICBM is to make cognitive behavior managementSM what everyone believes is true.

The ICBM presently provides this new information [the difference that makes a difference – Bateson] through the cognitivebehavior.com website. The ICBM has developed protocols, techniques and procedures for addressing specific problems in living. Additionally, it has a complete introduction to behavior and positive approaches, and a cognitive addition to the Functional Behavior Analysis.