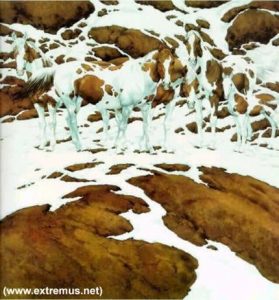 Based on the principle that, “thinking controls behavior”, the term cognitive behavior managementSM includes: cognition – thinking (which, of course is a behavior; albeit covert), behavior (usually meaning overt action), and management – the ability to cope with one’s own or other’s covert or overt behavior. Thus an Institute of Cognitive Behavior ManagementSM would be concerned with teaching people how to manage their own or other’s behavior through a process of understanding the fundamental assumption that ‘a person is the sum total of what s/he thinks and particularly, what s/he believes.

One should note that this assumption is mutually exclusive to assumptions that a pathology or psychological drive causes misbehavior. The choice of behavior we make is characteristically based on what we believe to be true and how we habitually think about these beliefs. If we believe that people are out to get us, we most likely will either try to avoid them or try to cause them harm first. If the belief that people are out to get you is confirmed by others to be true, the selected behaviors are generally supportable. If, however, most rational people believe that your belief is false, you are unlikely to get support – thereby, of course, reinforcing the belief that people are out to get you – or at least, they don’t support you. So the ability to define truth within the boundaries of your support group is essential to psychological fitness.

Further, the question of deriving and confirming truth is an accretion process that starts while the embryo is still in the womb. Over the next four five to seven years the individual experiences and associates data from the ‘bottom up’ until s/he acquires sufficient data to begin to form a ‘theory of meaning’ about how the world works. While all of the data about experiences and association are utilized, it is the data about self, others and future prospects [expectations] that are most significant. Note, that this naïve five to seven year old then begins his or her confirmation bias trying to make all future data fit into the accepted theory.

The result is that many of us operate with theories that make little sense in the adult world, yet find it difficult to change. When these theories make us stand out like a ‘sore thumb’ from the rest of our social environment, there is a tendency to begin to have conflict with others. Such conflicts often lead to delinquency, substance abuse and emotional instability and other ‘problems in living’; that sometimes become severe and persistent. People with obvious ‘differences’ are particularly prone to such difficulties, for once recognizing one’s difference they must answer the question: “Is this a good thing or a bad thing?” If they decide the difference is a ‘bad’ thing, there attempts to deal with it become imperative.

Thus Cognitive Behavior ManagementSM is useful to anyone who is interested in helping people and is usually accomplished under the rubrics of cognitive restructuring, cognitive therapy, cognitive skill training, neurolinguistic programming, psychosocial rehabilitation, and the like. You cannot act differently than you think, therefore, change will occur only as you think differently. Parents, teachers, clinicians, corrections officers, and other caretakers can use these constructs to develop methods to improve the performance of children in development or people with problems in living.

“People with problems in living”, is a rubric coined by Thomas Szasz to replace the term “mental illness”. It can, we think, be used to cover a multitude of degrading labels. We will use people with problems in living to discuss the problems of behavior, incoherent thinking, abuse of substances, and antisocial behavior. If thought is important, it is important that the words we use convey appropriate thoughts. Labels such as schizophrenic, delinquent, and others convey very specific messages to people. When you own such a label it is very difficulty to feel good about yourself. It is interesting to note that most often the professional “helpers” supply these labels. It makes one wonder whose thinking is incoherent.

Since there is “magic” in words, communication is a major component of cognitive behavior. Cognitive structures [schema, systems of thought, beliefs, etc.] are the lens through which the individual sees the world. And the lens is developed and magnified or reduced by the words of significant people as well as through repetition. It is important to note that all propositions are true – at least until the mental energies are spent to evaluate them. This is true because the primitive animal must instantly “believe” the sensations of stimuli or become the prey of a predator. Such instant belief is an evolutionary prerequisite for survival and continues even in animals as sophisticated as humans.

Along with instant belief, human beings are easily habituated to “automatic thoughts”. We think things without even being consciously aware that we are thinking them. Thus two major elements of cognitive behavior managementSM are awareness and a process of evaluation. In the beginning, having another person who can dispute automatic thoughts is very helpful, but skill in appropriate thought evaluation provides future protection against thoughts which cause problems in living. One researcher has even indicated that children can be “inoculated” against future depression through this method.

Habitation can be used to provide automatic thoughts that are “helpful” rather than harmful. Self-instruction may sound childish, but, even athletes professionals, use it rigorously both imagining themselves in successful activities and telling themselves [and each other] that they can succeed. Such tactics have the additional appeal of being nonintrusive. There are no harmful side effect from telling someone that they are okay.

The illusion of the cube to your right is, in fact, two images as many of you might know. The illusion represents the paradigm shift required to effectively understand and use cognitive interventions. It is not enough to simply see the two images in the illusion; one must hold many illusions separate at the same time in order to move away from the ambiguity of old paradigms and the new. Some will have “epiphanies” of understanding without being able to maintain the insight. It will take repeated repetition and habitation to even make ourselves understood. But the shift must take place.

Finally, we can be gratified that the process of cognitive behavior managementSM has an integral assumption that the individual with problems in living is capable of making their own decisions and given sufficient information is likely to make good ones. Thus the intervention respects and empowers the person. This site is interested in promoting cognitive behavior managementSM both for the purpose of helping those with problems in living and for the purpose of improving how we manage people in other arenas such as work. The same principals apply.

MacGregor’s Theory X and theory Y, Pygmalion [self fulfilling prophecies] in management, and total quality management are all based on the cognitive behavior managementSM principals. If you are interested in exploring the underlying theoretical and coherent philosophical principals, you will want to go to THEORY. If you are more interested in specific implementations in health, education and welfare services, you will want to visit SERVICES. If you would like to contract for consultation to improve your own programs, you can go to the CONSULTING page.

Finally, we know that you will want to compare what others are saying about cognitive behavior managementSM and will want to test the LINKS page. In the future, we will try to sort these by type as well.

WELCOME! We are delighted to offer to you information about a technology that is likely to change the world. We hope that if you have comments, good articles [you own or others] or other information you will share it with us. If we believe it is appropriate and you give us permission, we will publish it on the site for others to consider as well.

The purpose of CognitiveBehavior.com is to bring into common usage a technology which places personal responsibility back into the hands of the individual, does not promote coercion, and has a scientific basis for consideration. The intent is to change the paradigm of human services both within the general population and within the practitioners. Unlike the common over usage of the word paradigm to mean something as negligible as perspective or attitude, a paradigm according to its linguistic originator [Kuhn – 1952] and reported by Eysenck – [1994] consists of a disciplinary matrix, acquired implicitly through the educational process, whereby one becomes a licensed practitioner of the scientific discipline. In the course of this learning process the student encounters numerous exemplars; these are instances exemplifying the ways the science’s symbolic generalizations [the so-called laws or theories] apply to phenomena. Thus, a paradigm becomes a way of thinking about something that makes it very difficult to even understand other ways of looking at the problem.

Kuhn calls this phenomenon ‘the incommensurability of competing paradigms’.

Since new paradigms are born from old ones, they ordinarily incorporate much of the vocabulary and apparatus, both conceptual and manipulative, that the traditional paradigm had previously employed. But they seldom employ these borrowed elements in quite the traditional way. Within the new paradigm, old terms, concepts and experiments fall into new relationships with the other.

Communication across the revolutionary divide is inevitably partial and therefore, not persuasive. Thus, it is unlikely that the ‘experts’ in the old methods of providing services to people with problems in living can even understand the training concepts.

In order to change the paradigm of human services across the community, it will be necessary to have a broad based approach. As Aristotle said, consensus osmium – What everyone believes is true. If we want everyone to believe that cognitive behavior techniques are the true way to help our children achieve success in living, we will need to develop a disciplinary matrix and exemplars which become common to citizens.

Vision: CognitiveBehaviorManagement.com will become a program sought by lay people and professionals as a means of becoming certified in ‘cutting edge’ technologies.

Mission: The mission of CognitiveBehaviorManagement.com is to make cognitive behavior managementSM what everyone believes is true.